Elizabeth Coplan, founder, and chief playwright started the Grief Dialogues in 2016 as a theatrical expression opening new conversations between grievers, those with terminal and chronic illness, and the health care providers who serve them.

In 2019, Elizabeth joined forces with Virginia Mason Palliative Care Program to create an evening of short plays followed by a moderated discussion.

As COVID-19 developed, we noticed a massive increase in demand for caregivers and medical providers. We transitioned our performances to online platforms to provide our content in a safe and accessible way.

Now, in 2022, they proudly announce the creation of a screenplay adaptation of the play “Honoring Choices” recently filmed in New York City with Producer and Story Consultant, Dom LaRuffa, Jr.

Since the COVID 19 shutdown, Honoring Choices has been performed on Zoom numerous times with three different casts including an all-African American cast and a Latinx cast (in Spanish).

Elizabeth, How did you and best-selling author and global energy healer, Jenilyn N. Rodriguez join forces?

I work with Dominick LaRuffa, Jr. as a dramaturg and a scriptwriting consultant. When I decided to make Honoring Choices into a film, he was the first person I turned to for help developing the new script. After I completed the script to both our satisfaction, we were ready to put together a team that would believe in the importance of this project. Not just another film. Not just another project. Dom brought on Jenilyn to be his co-producer and together (along with the cast and crew) we made a powerful story come to life.

Jenilyn, tell us about Honoring Choices and why this project means so much to you?

I am an artist and creator as well as a spiritual healer, and this movie Honoring Choices has meant so much to me for many reasons. One, my film mentor John A. Gallagher passed away during the really devastating pandemic. We had 9 films lined up for him to direct and for me to both produce and act in, all in the next 2 years. All of a sudden, I am grieving my dear friend and also completely in shock in regards to the fact that my life and my plans, which had been mapped out before me, had just, imploded. Interestingly though, because of that career derailment, and the stay-in-place order (and my very close proximity to the very packed NYC) I was shut in for the better part of 2 years…but my calling to be a Healer came online more powerfully than ever before. I deep-dived into developing that and to launching my practice, Starlight & Sacred Tree. Honoring Choices is the first film project I’ve been on set producing since 2019, and so it feels amazing to be actively creating again! Like this wonderful breath of new air. And the best part is, that I feel it is completely aligned with my purpose and message as well. Healing is different for each and every person, but we must be able to talk about it, which this film beautifully demonstrates.

A bit of background on Producer, Jenilyn N. Rodriguez.

I believe that engaging in any creative process can bridge our hearts, head, and hands into some art form. And that bridge is what begins to heal us as we process loss and grief.

Our art (whatever form it might take) enables us to tell our own grief story, and to process emotions inherent in loss and grief. It also gives permission for others to share their grief. I’ve seen over and over again how creating art out of our anguish and loss can be profoundly cathartic. It reinforces our resiliency whether we share our creation or not. I’ve also seen how many artists use their personal experiences of sorrow and adversity to create some of their greatest work.

Share your personal experience and what led you to Grief Dialogues.

About six years ago, I experienced three deaths in one year. Although I was more than willing to share my stories of those losses, I found that no one wanted to hear them. It was as if death was contagious. I channeled my grief into writing a play. My early love of theatre allowed me to pivot easily to playwriting. I was in the process of drafting Over My Dead Body, originally titled Hospice when I was stuck on how to work through a particular scene. To overcome this block, I wrote a separate scene between the two sisters in the play, a scene that was never meant to be in the original script. I showed this ten-minute script to a couple of theatre friends of mine who encouraged me to submit it to various short play festivals. Surprisingly, it won many of those festivals and the show was performed frequently across the U.S., most notably in Los Angeles where it enjoyed a six-week run at the Group Rep Theater in North Hollywood.

What I found whenever I attended a performance (and it was obvious I was the playwright), the audience members voluntarily shared with me their own stories of grief and loss. I soon realized that the cathartic and healing power was not in my words but rather in the opportunity my words gave to others. I wanted to bring more stories (more plays) to audiences allowing for even more opportunities for them to see themselves in the performances.

I believe all our stories are valid, but we are particularly touched by stories that resemble our own. I also realized that my goal as an artist was to help transform cultural attitudes around dying, grieving, and living.

So, I reached out to other playwrights to assemble an evening of short plays depicting various scenarios of dying, death, and/or grief. A Grief Dialogues was born.

Grief Dialogues has blossomed into a massive community conversation about all things death, dying, and grief-related. What are you providing today?

Today we offer a website that includes Stories, plays, and film available for licensing, a journal for practical advice and reflection (including entries by guest bloggers), a podcast titled Out of Grief Comes Art, and a book (I should note here that our first volume Grief Dialogues: The Book is now out of print but we are accepting submissions for the new volume titled Grief Dialogues:

Out of Grief Comes Art), educational resources. We also host events on various platforms including Reimagine, Beautiful Dying Expo, Funeral Consumers Alliance, Death Salon, and the Western Aging Life Care Conference as well as on our own virtual stage.

Tell us about Grief Dialogues: The Book, Stories on Love and Loss harnessed the power of words and images to combat grief.

The book is a collection of stories, poems, and plays from over 60 authors reflecting on their personal experiences of grief. The stories offer a sense of compassion, hope, and inspiration as readers make their way through their own healing.

We are currently accepting submissions.

When Bob, Denise and Maggie’s elderly father, receives his terminal cancer diagnosis, they encourage him to prepare his end-of-life care plan so there’s no misunderstanding of what he wants or doesn’t want. But Bob is not having any part of it even though his doctor is encouraging him too. Throw in some family dynamics, disagreements and resentments, plus a healthy dose of stubbornness, and the scene changes dramatically when Bob is hospitalized.

Through the film’s story, we

• encourage families to engage in advance care planning and to help them start making better-informed decisions for themselves and their families,

• explore/understand other people’s situations, and

• see how the characters handle adversity and conflict and ponder how they themselves would handle a similar situation.

Because, after all, who doesn’t love a good story.

The Power of a Story:

According to the Society of Neuroscience, stories wrestle with difficult emotions and process confusing events that help people regain a sense of control when they need it most. Telling stories is the best way to teach, persuade, and understand one another. We remember and make connections more easily when information or experience is pinned to a story. Stories provide structure and order. They make ideas and experiences familiar, predictable, and comforting.

Balancing the various perspectives of each role (patient and family members): The drama and conflict that are inherent as the characters interact after a serious diagnosis create engagement for the audience and help to make each character’s perspective clear. Generational and gender issues compound the fact that there is no advance care plan. The core story, a father who receives a terminal diagnosis who hears one thing while his daughter hears another, is based on a true family story and related scenario.

For more information about the film, visit the dedicated webpage.

Honoring Choices persuades families to consider planning now, when there’s still time, to decide, share and understand each other’s wishes for the end of their lives. It’s a gift loved ones give to each other.

When is the release of your film?

Summer or Fall 2022. We are currently looking for sponsors for the film’s distribution.

Reimagine, an organization that hosts community-driven experiences that bring creativity, connection, and essential conversation to communities around the world has already joined the sponsorship team. Reimagine envisions a world where we can embrace life fully—from this moment through the end—and collectively contribute to a more just and compassionate society.

We received a grant from Humanities Washington that pays about half of the production costs https://www.humanities.org/program/grants/

Jules Lavallee is an International Journalist from Los Angeles, CA. For the past eight years, she has covered celebrities, global leaders, royalty, entrepreneurs for over 20+ magazines and countless cover stories. Staying true to roots in Boston, MA, Jules is a true humanitarian. She has supported many nonprofits in fundraising, strategic partnerships, and media. She has served on the Board of Big Brothers & Big Sisters and is currently on the Board of Fund Duel, gamified fundraising platform. She is an influential person in the areas of gender equality, diversity, and empowerment. She is a graduate of Harvard University.
View All Posts
Follow Me : 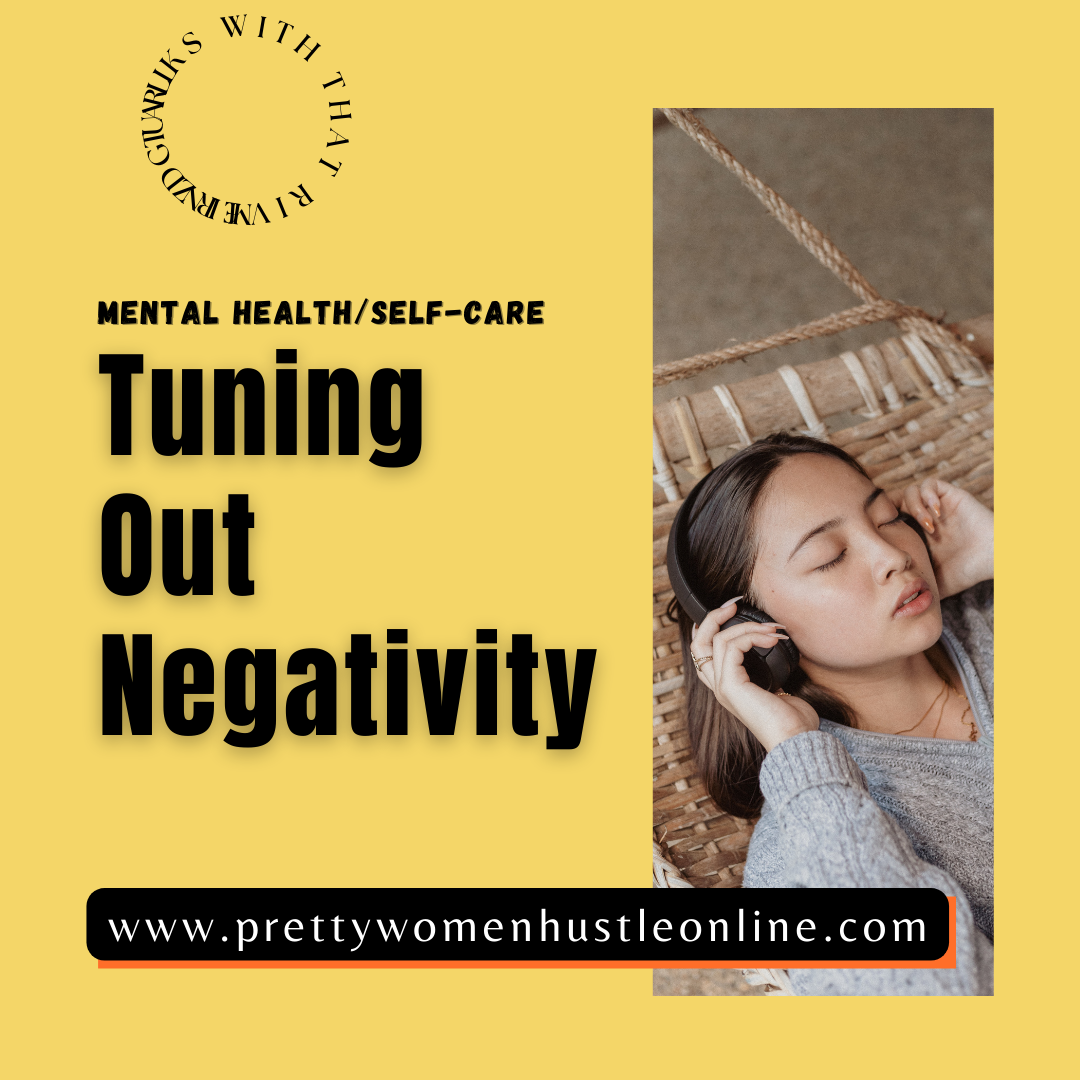 Mind Talks with That Riverz Gurl: Tuning out Negativity