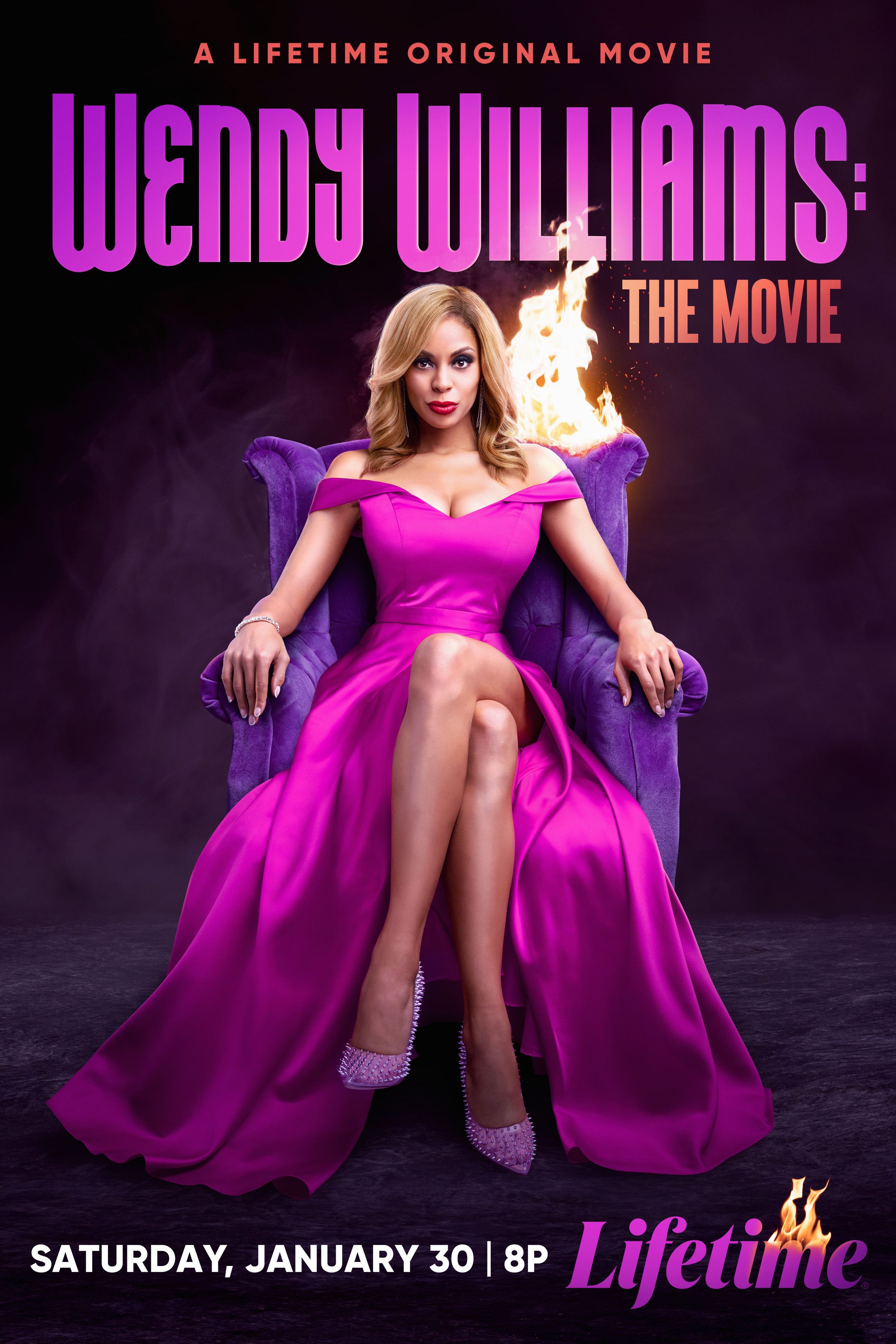 Premiering on Lifetime on Saturday, January 30, 2021 at 8pm is Wendy Williams: The Movie executive produced by Wendy Williams herself.

In this much anticipate biopic Williams reveals the highs and lows of her life. She solidified herself as the the IT source for celebrity gossip and hot topics on her show, The Wendy Williams Show. This movie will show her human side as the spotlight has turned on her and her life. From her humble beginnings to naysayers she prevailed to the success of her syndicated show.

Ciera Payton stars as Williams alongside Morocco Omari who stars as William’s ex-husband Kevin Hunter. During the quarantine time before shooting Payton studied Williams to be sure she was able to show the side of Williams that viewers rarely see. Payton relied on feedback from Williams and was pleased to be able to present Williams well. Omari was not given much to go off of Hunter due to limited materials but he made due with studying videos and other mediums of those from the NY area. The Chicago native was able to bring Hunters character to life.

Check out the Film Trailer:

Talk show host Wendy Williams executive produces the biopic on her life, revealing the highs and lows she has experienced throughout the years. Wendy has made herself the go-to source for great celebrity dish on her hit talk show, The Wendy Williams Show, but recently the spotlight has turned towards her. The authorized project provides a revealing look at Wendy’s journey, from her scrappy upstart days in urban radio to the success of her own syndicated talk show. Despite all the naysayers and obstacles Wendy encountered throughout her life, her strength and determination have allowed her to thrive. Ciera Payton takes on the lead role while Morocco Omari stars as Wendy’s ex-husband Kevin Hunter. Produced by Front Street for Lifetime and executive produced by Wendy Williams, Will Packer and Sheila Ducksworth. Darren Grant directs from a script written by Leigh Davenport and Scarlett Lacey.

In this feature length documentary, Wendy Williams, the self-anointed Queen of all Media, sheds her private persona and speaks directly to the camera, discussing every inch of joy and humiliation she has experienced since childhood. From her apartment in Manhattan, we’re with Wendy during the course of her divorce, as she deals with being a ‘Hot Topic’ and finds a way to right her ship again. It’s a raw, no holds barred look with never-before heard truths about Wendy’s notorious feuds with celebrities, her shocking divorce, her childhood and the private darkness she has endured. This is the story of a self-made woman who finds herself at the start of a new life, uncertain of the future, but ready to reclaim her crown. The documentary is produced by eOne and Creature Films for Lifetime. Executive producers include Wendy Williams, Tara Long, Mark Ford, Kevin Lopez, Sarah Girgis and Joie Jacoby. Brie Miranda Bryant and Gena McCarthy serve as executive producers for Lifetime