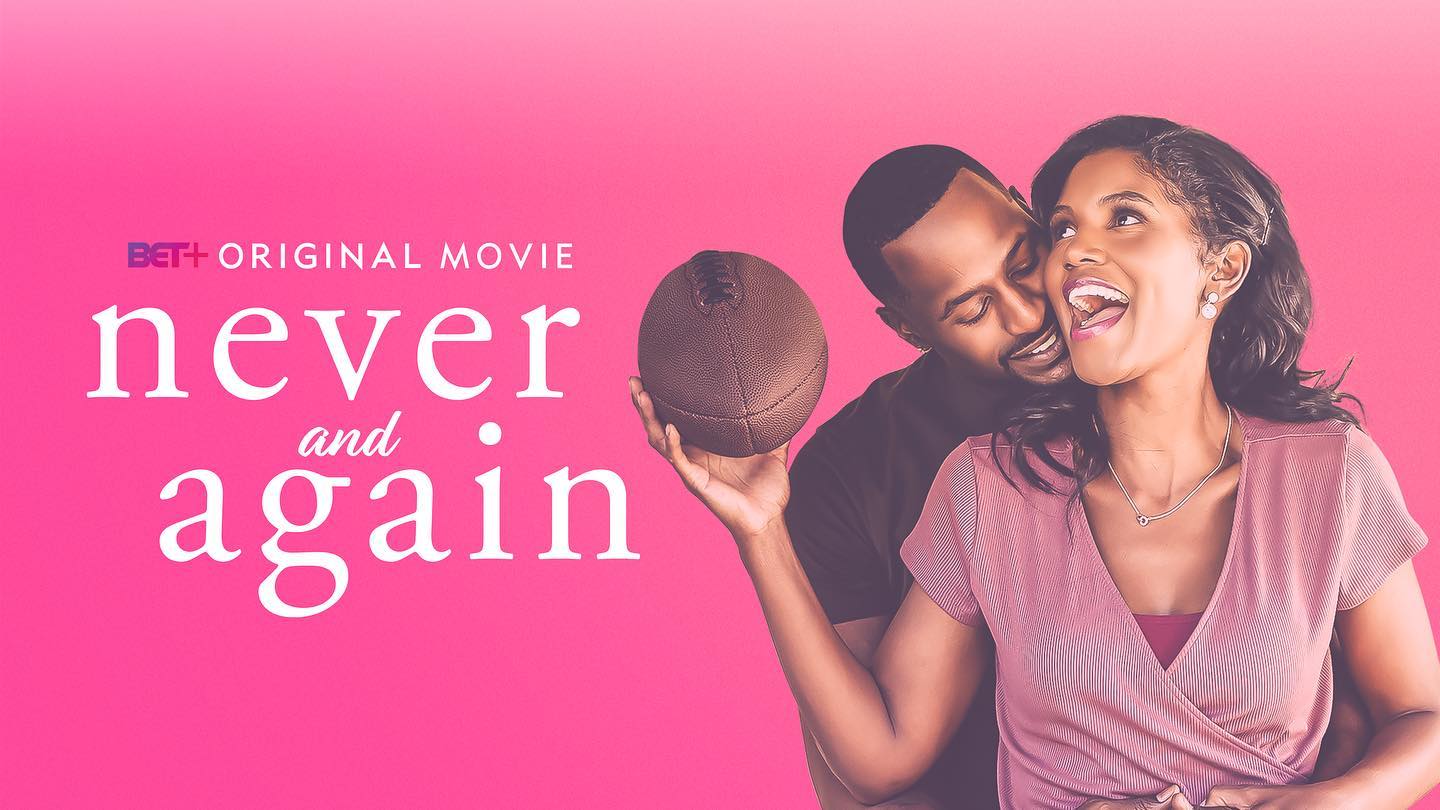 Coming to BET Plus on February 11, 2021 is the highly anticipated film, “Never & Again” from Mogul Master P and Romeo Miller.

Never and Again focuses on a budding romance between Kevin (Long) and Jasmine (Boutte) first sparked during their teenage years. The duo equally supported and shared passion for each other’s dreams. Her love for music and his love for football, ultimately falling madly in love in the process. The Never and Again 10 song soundtrack lead single “Made For Me” by acclaimed Gospel Singer Tim Rogers features R&B singer Tweet.

As with many love stories including during the puppy love phase with couples first starting out, outside circumstances can cause things to unravel. In Never and Again, the same reigns true as the love between Kevin and Jasmine takes a dramatic shift as tragedy soon unfolds and a momentary lapse in judgement pulls them apart. As has often been said over the course of history, time heals all wounds, because many years later, their paths cross again and the two are forced to trust one another. Will the love they once shared be enough to save them now?

Check out the trailer:

Co-producing this film alongside writer Lison, under the SummerHouse Pictures are Tatiana Chekhova, Jayson Bernard and Roberto Rosario, Jr. of J&R Productions and TracyBell of Asah Entertainment. The Executive Producers for Never and Again include the Master P, his son Romeo Miller, and Kristi Kilday in association with Genius Minds and Antonio Trotter.