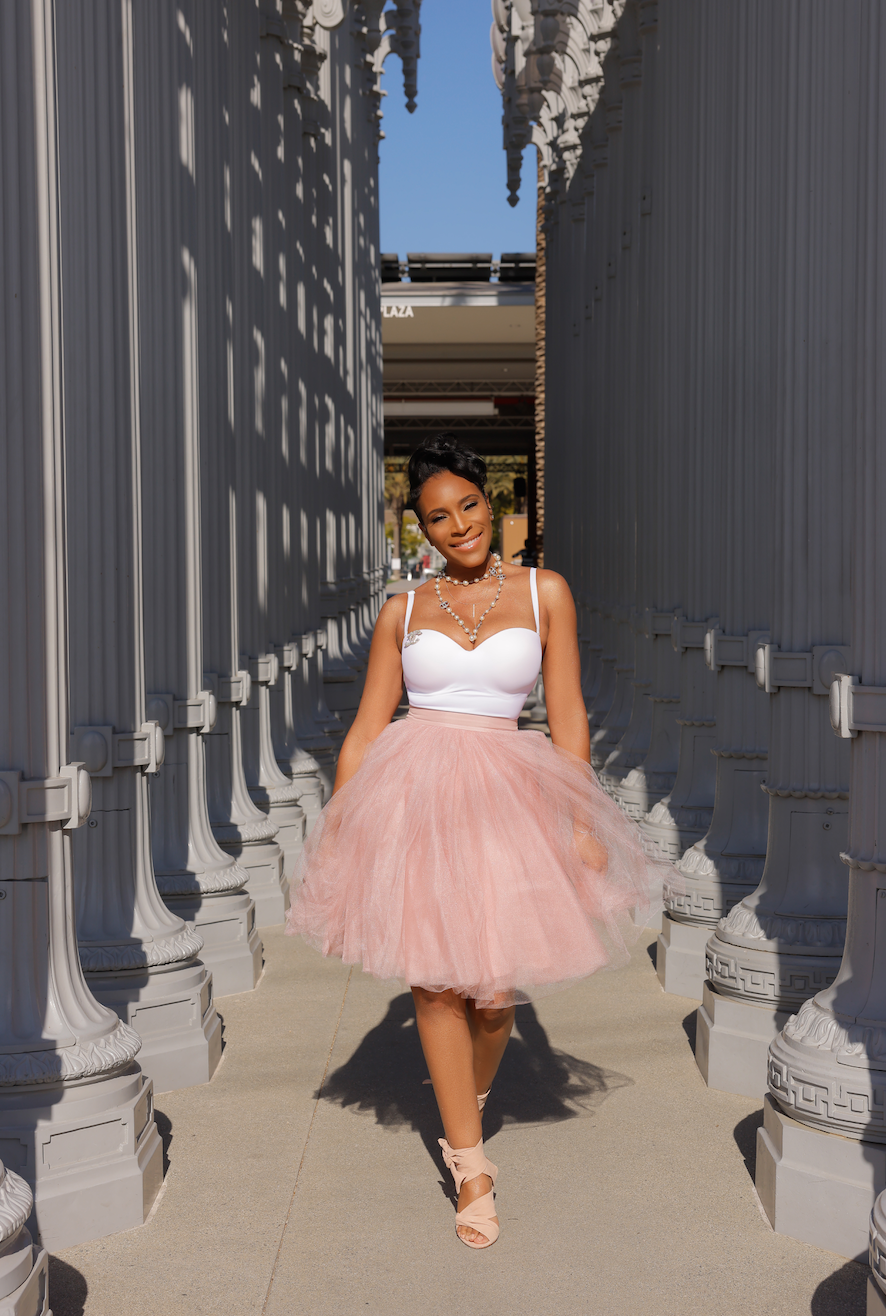 For Women’s History Month I will be sharing the stories that define and provide examples of women empowerment, uplifting stories of personal triumph and businesses that are inspiring and are making a difference for women. Women’s History Month is a declared month each year that highlights the contributions of women to events in history and contemporary society.

I want to introduce you to Erika Bryant – Author & Executive Producer.

Erika Bryant is a showrunner, Emmy nominated television producer, film producer and songwriter. She has produced over 40 television shows and worked with ABC, Bravo, E!, Oxygen, OWN, MTV and Facebook networks during her 15 year matriculation in the entertainment world. She’s been a contributing producer on Emmy Award Winning Extreme Makeover Home Edition as well as Iyanla Fix My Life winner of multiple Image Awards. Prior to her ticket to Hollywood, Erika began her exploration and ascension of the multi-media and entertainment ladder in Atlanta. While a sophomore at Clark Atlanta University she was offered the honor and herculean task of managing Patchwerk Recording Studios, home to national and international Grammy Award winning music artists. She was integral in the growth and expansion of the studio that led to amazing opportunities at LaFace Records (home to Usher, Toni Braxton, TLC, Outkast and Goodie Mob) and Hitco Music Publishing. Alongside her many accolades and commendations, Erika’s love for music and writing earned her the coveted ASCAP 2003 Songwriter of the Year award presented by Heineken. Erika’s ambition and innate love of all things good and media related, eventually landed her at Tyler Perry’s Studios coordinating the Diary of a Mad Black Woman Soundtrack as well as presiding as Mr. Perry’s executive assistant. In 2006 on the heels of that opportunity she was offered, what she believed would be, a two-month stint as a production assistant on America’s Next Top Model. Those two months turned into a complete relocation to Los Angeles and the beginning of an entirely new career. Erika’s time and the invaluable lessons she learned at Patchwerk, LaFace Records, Hitco, Tyler Perry Studios and America’s Next Top Model would be the springboard that would launch her trajectory of a successful career in film and television. Since appearing on a couple dozen podcasts and radio shows in recent years Erika has unique experience as a woman of color in her field where representation has been largely nonexistent. Being a producer on popular and well-known television programs such as Undercover Boss, Extreme Makeover Home Edition, America’s Next Top Model, Iyanla Fix My Life, Married to Medicine, Real Housewives of Atlanta, Family or Fiancé, Ready to Love and The Real World has given Erika a unique perspective in her industry. In that vein she’s interviewed nearly twenty thousand people for her shows arming her with a wealth of experience to pull from. Her access to celebrity and influencers spans far and wide as she’s maintained relationships with personalities who have become household names and a part of popular culture. Further expanding her horizons Erika has recently written her first book in a budding series called Doing It Scared. In her freshman release, Erika carefully and thoughtfully guides readers on a journey toward confronting then conquering their fears by providing them with applicable practical tools and take-aways for better living.

I realize that I am blessed to be a blessing. For work I’m an executive producer and showrunner turned recent author who began my career in the music business. I’ve faced may obstacles and all along the way and I have always chosen to remain authentically me even if it was not popular. My goal is to continue to water the seeds that have been planted in me and be blessing to those I come into contact with.

Her businesses are Stone and Sky Productions and Chapter 8 Publishing.

What does women empowerment mean to you?

Women’s empowerment means standing in our individual greatness without comparing where we stand to another person’s position. It’s embracing the fact that we as women are pure magic and transform everything that we touch.

You can BE, DO and HAVE any and everything you have the power to create with your mind / imagine. We ARE as we THINKETH!

What do you want your legacy to be?

I want my legacy to one of love, laughter and fearlessness.

What kind of impact do you want to have on those around you?

I would like for everyone that I came into contact with to leave our interaction feeling better, stronger, more empowered and confident about themselves.

She has just published Doing It Scared – An Inspirational Guidebook To Facing and Conquering Fear.

What does self care mean to you?

In my mind, self care begins with self love and prioritizing my happiness as I realize that what I have to give to others comes from the overflow of my cup. So in order to give love I have to be full and filled with love to do so.

Being a Black woman in my field has been a lonely road as I have often been the only one in the building, room and at the table. It’s an honor while at the same time a sad reality that I’ve had to maneuver with grace and confidence.

What are you most excited or passionate about? (In both business and life or both)

I’m most passionate about inspiring others to live their best life and walk in their power. I’m most excited about stepping into new roles and allowing my God given gifts to make room for me.

What are the goals you most want to accomplish in your business and personally?

My current goal is to become a #1 best selling author while continuing to matriculate in my field of television and film. Personally I want to continue “Doing it Scared” by stretching myself into new directions, travel more and inspire women all over the globe.

What’s next for you in your business/brand? What can readers look forward to from you?

Coming from behind the camera to write and book is new territory for me and it took a lot of courage to sit down and complete a book in the midst of a national quarantine – and in only 10 weeks. It was ALL God and a little bit of me! I’m so thankful.