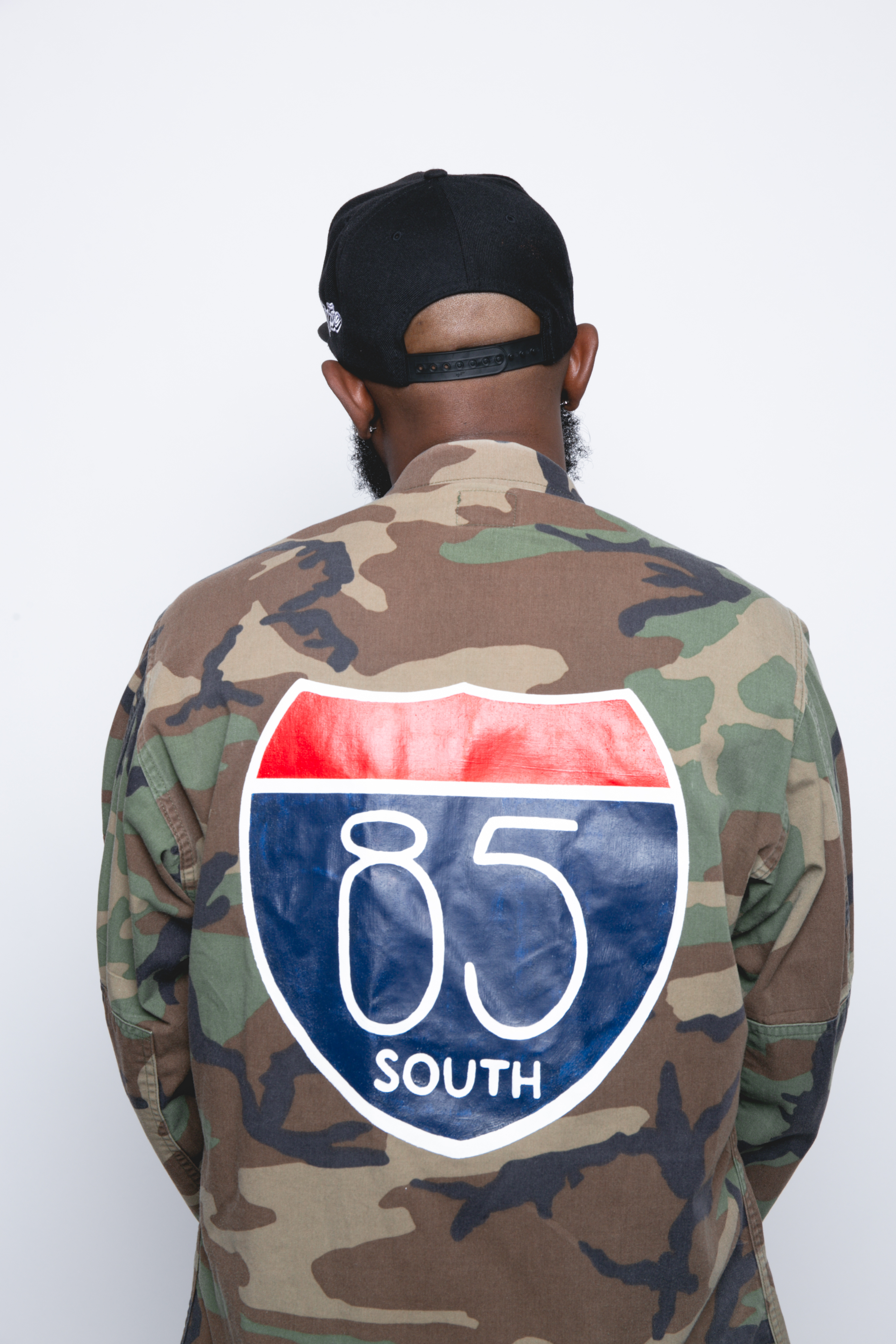 Upon entering the green room, puffs of smoke greet me along with arms stretched, a blunt in hand, and a broad smile, “Tiffany” Karlous Benard Miller shouts out as if this wasn’t our first time meeting. But this theme of graciousness runs throughout our short time together. As the MTV’s Wild’n Out cast member discusses his blossoming career and many accomplishments, the 30 something reeks of southern gentleman as he speaks about the love he has for his many fans down to his offering me his Kraft services as we conducted the interview. “I love my fans, I owe a lot to them for being here, Miller says. The love from Karlous’ fans is clearly matched. Not even an hour earlier, as a sold out show sat and took in Miller in all his comedy delight, mid joke a female approached the stage with her mask and t-shirt embossed with a photo of her and Miller.  Despite her interruption, Karlous along with   the crowd were impressed with not only her unique fit, but with the boldness in which to reveal it to the comedian. Pre-Covid, the Mississippi native admits he would have stopped he show and expressed more love for the young stan with a hug or handshake, but Karlous understands that I just want people to be able to come out and enjoy the show and still understand that you know even though we are in there having a good time weww don’t want to be ignorant to what’s going on, says Miller.

Although 2020 was a travesty for many, Miller found himself in a year full of countless opportunities. Karlous along with the other 2/3 of the comedic supergroup 85 South Show, DC Young Fly & Chico Bean, emceed and worked as producers on the BET Hip Hop Awards. “They reached out to us. Every year when the BET Awards would come on we would start trending. People would say that they wanted us to host.” with a huge smile on his fans he

continues, “so the fans played a big part in that too.”As Miller explains he had his hands into the production more than one would think. “When they reached out and they saw that we had the capability to pull it off and make it dope it, was just a no brainer. Watching the show you’ll definitely see the elements that we brought to it just from our own platform, our whole set to the backdrop and props. We worked real close with the production team to try to bring our ideas to their show and vice versa. So it didn’t look like we were just hired talent. We definitely had our producer hats on when we were working on that. Everybody was bringing ideas to the table to make it dope and trying to work inside their format. We definitely had a lot of creative input and control with the final product. When asked will he guys be putting those producers hats back on his reply, “I feel like that was our interview to show that we are capable of pulling off some stuff like that. hopefully that will end up being one of many.

BET isn’t the only network that will appear on the guy’s resume. They are currently shopping an animation series to Cartoon Network called Roach Motel. “We do a lot of voices so one of our homeboys does animation. We didn’t even know he was into that, and one day he started showing us some clips and we were like it’ll be dope to be a part of this. And the rest is history. Roach Motel is hella dope. With this collab we plan on taking it to the next level, ” Karlous explains.

Along with television and production, the former firefighter plans to light up rooms with not only comedy, but with his partnership with black owned, Good Day Scent. “I have my own exclusive candle with Good Day scents and we got a few scents we are working on. I’ve always been a fan, I’ve always liked candles. i use to buy so many of them and i found the one that i liked and i reached out to ’em and we did a joint collab just so he can expand his business and let everyone know where the dope candles are,” he continues,”Candles can be found on my website quittouchingsish.com and gooddayscents.com.”

Karlous wanted to make it clear that 85 South Show is not just a podcast. “We have a lot of different media streams and companies that we are building under that umbrella of 85 Media. We’re working with voice overs, animation, production and film, and tv. We are trying to get our hands into all of these industries,” he continues, “so just because you see us in place, don’t think that that’s all we are ro all we want.” Karlous went on to share all the many levels of entertainment to look out for with 85 Media. “We have a whole lot of projects coming out under 85 media. “We have car shows, cooking shows, just bringing more black media, and content and podcasts to the media form. Currently, we have a lot of people we are working with.  We are still dropping our own show each and every Friday, doing exclusive bits and opening up our network and seeing how much we can actually use this 85 Media to make something happen in the entertainment industry,” says Miller.

When asked what he would like the world to know, the confident southern gentleman takes a long slow drag from his blunt, takes a pause, and as the smoke escapes says, “just tell them that we are here to stay, and that everything up until this point is just the intro. “