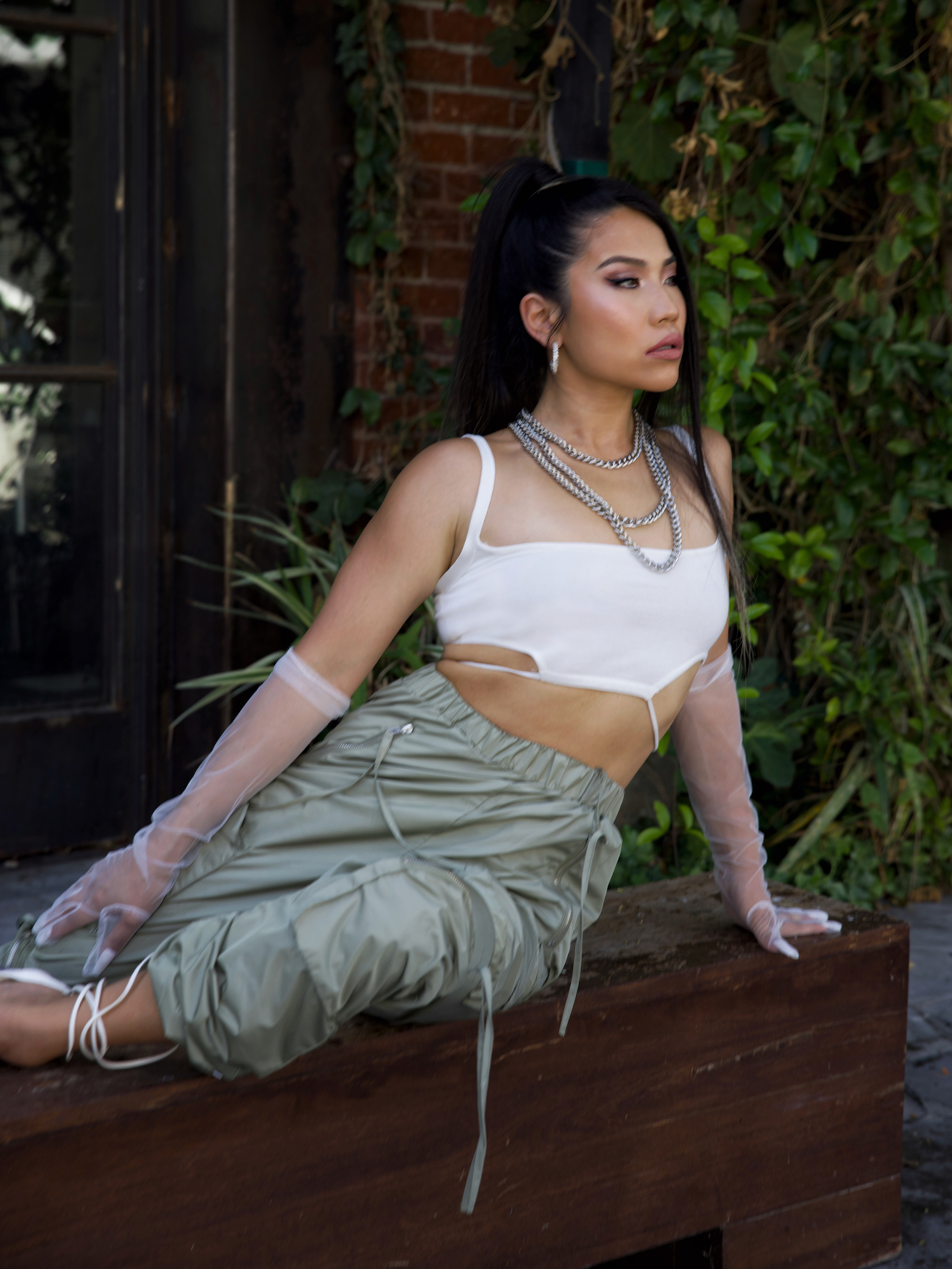 LVXI (pronounced Lucy) is an alternative R&B singer/songwriter who released her debut album The Secret Life of Lucy on August 13th. The album will included 15 tracks, along with a short film consisting of 5 music videos and 10 mini videos. LVXI describes the film as an origin story with horror elements that reflect the underlying darkness she’s felt throughout her life – AKA the “Secret Life of Lucy.” Her sound is very much a mix between Jhene Aiko and Dua Lipa.

LVXI learned to play violin at a young age and began writing songs in English, Chinese and Japanese during her teenage years. She grew up in Austin, TX and the Bay Area before moving to Manhattan to attend NYU’s Stern School of Business, where she worked in finance for 2 years before moving to Los Angeles to pursue her dream in music. In her spare time, she enjoys weight training and bodybuilding, having competed in 3 muscle beach shows.

We had the pleasure of sitting down with artist LVXI, To discuss her journey of creating this album along with her plans for the future.

Who is LVXI in four words.

At what moment did you realize music was your passion or did you always know the love was there?

I’ve always loved singing and performing. As a kid, I was obsessively belting Beyonce, Mariah Christina, and Whitney. As a teenager, I was producing music for myself on fruity loops every day and joined a local youth troupe (I also had a short stint in a garage band). In college in New York, I entered multiple competitions and showcases, took vocal lessons as an elective, and sought every opportunity to work with producers. I also was a staple at karaoke bars. But LA is where my ambition for music finally returned to being a passion. Over the years, I had gotten caught up in the “idea” of being an artist, that I had lost some of the authentic passion along the way. Reconnecting with other creatives, going through emotional journeys in songwriting, and finally finding a sound uniquely my own – not obsessing over technique or theory – has been an 8-year journey that helped rediscover my passion for music as a form of self-expression, vulnerability, and aliveness.

Who are your musical influences?

I am inspired by songs that are introspective, soulful, dark, yet also uplifting. I like climactic soaring hooks and I’m obsessed with male falsetto. For more upbeat music, I like electronic vibes mixed with R&B and repetitive/catchy riffs. To that end, I listen to a lot of soul remixes.

Recently I’ve leaned toward more upbeat sounds and have found myself taking inspiration from artists like Dua Lipa and Halsey.

Take us through the creative process of your upcoming album?

It was a long journey.

The first song I wrote that started the journey was a sad song called “Run to You.” I wrote it while crying, looking for somewhere to put my pain, about being let go so quickly by someone I thought cared.

After that, all I could do was write music to cope with the empty days that passed. I didn’t want to deal with a producer, so I found a freelancer online to help make me some beats.

Each song I wrote was documenting my journey. About missing someone. About wondering when was the right time to call. Sometimes imagining a positive dream (that’s where “Sunflower” originated). When I did reach out and it fell apart again, I wrote “Never Enough,” to reflect the feeling of trying so hard and still failing, and then feeling a release… because you are reminded at the very bottom … that you were always whole and enough, to begin with.

The reality is, the only way I felt I could cope with the personal nightmare I was going through (which included someone close to me doing everything they could to sabotage my relationships) was to write music to fill the space. To turn my experiences into something that I could hold and cherish, even if no one else would ever see or understand.

Ultimately, the music I wrote led me to Chase and Michael, my current producers. They evolved the music – made the hooks catchier, the lyrics more emotive, the vibes vibier. Chase narrowed my 30+ songs to the top 10 and as we recorded them together, our late-night conversations spawned more music.

So TLDR: the album was very organic. Written to process emotions, then packaged together based on what felt right. And as I healed, I sprinkled lighter, upbeat songs as “palette cleansers” throughout the album. We wanted the album to feel like a hero’s journey: peace, disruption, pain/darkness, climax, followed by escape/release.

If women listening to your music could take away one message at the end of your album, what would it be?

Listen to the album again and imagine every “you” is speaking to yourself. Our relationships with others are a mirror to the relationship we have with ourselves, and our inner child. Freedom and peace come from within… and sometimes it takes emotional pain for us to realize what it feels like to be alive and free to the essence of our higher self.

What is next for LVXI?

We are going to be promoting this album with some pretty incredible visuals – it’s a whole cinematic experience with a short film and everything. Then, I want to start doing some performances! Really excited about that.

What is your definition of a Pretty Woman Hustle?

Women who love themselves, chase their ambitions, and like to live life in style!

Listen to “The Secret Life of Lucy” in full here